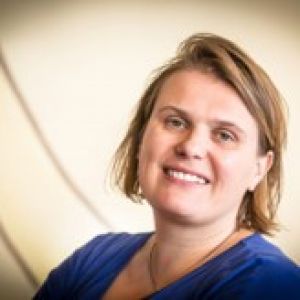 After obtaining her PhD, she worked as postdoc (2007-2009) and assistant professor (2009-2015) at the Julius Center for Health Sciences and Primary Care, UMC Utrecht. Her research is focused on diet, intermediate markers and risk of cardiovascular disease with a specific focus on patients with type 2 diabetes. Supported by two personal grants from the Netherlands Heart Foundation, Dr Dekker junior (2008) and senior (2013) postdoc stipendia, she investigates the effect of vitamin K on vascular calcification and risk of cardiovascular disease using both randomized trials and observational studies. In 2012, she obtained the 'Rising Star' research fellowship from the European Foundation for the Study of Diabetes.

In 2015, she was appointed Associate Professor of Lifestyle and Chronic Disease Epidemiology at VU Medical Center, where she continued her research on lifestyle, type 2 diabetes and cardiovascular disease.  Since 2018, she is appointed professor of Epidemiology of lifestyle and cardiometabolic disease.  She is PI of the CVON-consortium SUPREME NUDGE (2.5 MEuro) to investigate the effects of nudging, pricing in the supermarket combined with a physical activity app on cardiometabolic health.

She is president of the Dutch Academy of Nutritional Sciences, member of the nutrition council of the Dutch Health council and editor of Diabetologia and British Journal of Nutrition. She published over 160 peer-reviewed publications.