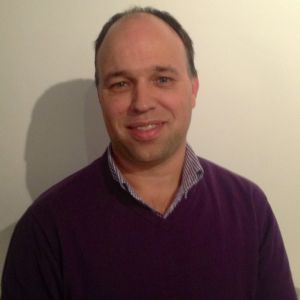 Leen ‘t Hart was born on June 26, 1967 in ‘s-Gravenzande, the Netherlands. After finishing his study in biotechnology (1991), he started his academic career at Leiden University working on a project regarding plant genetics. In 1993 he joined the group of Prof JA Maassen at Leiden University Medical Center (LUMC) as a research technician working on genetic aspects of diabetes and especially mitochondrial diabetes. In 2002 he obtained his PhD on a thesis titled “Genetic analysis of type 2 diabetes, insulin resistance and insulin secretion” with Profs JA Maassen (LUMC) en RJ Heine (VUmc) as promotors.

Dr LM ‘t Hart is the lead scientist of the diabetes ‘omics’ research for the Hoorn study, the new Hoorn study and the Hoorn Diabetes Care System cohort (DCS). He has performed extensive research in the field of genetics of type 2 diabetes with special focus on deep phenotyping studies, mitochondrial function and progression of type 2 diabetes. Furthermore, he has a strong interest in functional studies to further elucidate functional mechanisms behind the observed associations.

Using data from the DCS cohort it was for instance shown that several gene variants impact on response to metformin and or DPP-4 inhibitor treatment in type 2 diabetes patients. Furthermore, he is one of the founding partners of the international metformin genetics (MetGen) consortium and actively involved in national and international efforts to identify biomarkers suitable for patient stratification. During the last few years Dr ‘t Hart has expanded his research into other omics, exploring the potential of genomics, metabolomics, proteomics and transcriptomics in stratification of patients according their risk for rapid progression of diabetes and development of diabetic complications.

Prizes/Awards
2002      Aventis-Dr. F Gerritzen prize for the best thesis in the field of diabetes mellitus in The Netherlands.
2005      Young Investigator Award of the Center of excellence "Center for Medical Systems Biology" (www.CMSB.nl).